Sadje is our host for Sunday Poser. her question today is:

How truthful are you?

The truth is, I often omit things I don’t want to share. Lies of omission are less damaging in my opinion. There are times when omitting something that could harm or hurt someone is preferable to the truth.

Most of the time honesty is the best policy. But there are exceptions that I feel no guilt for. I feel protecting someone’s safety and kindness are good reasons to keep things to yourself. 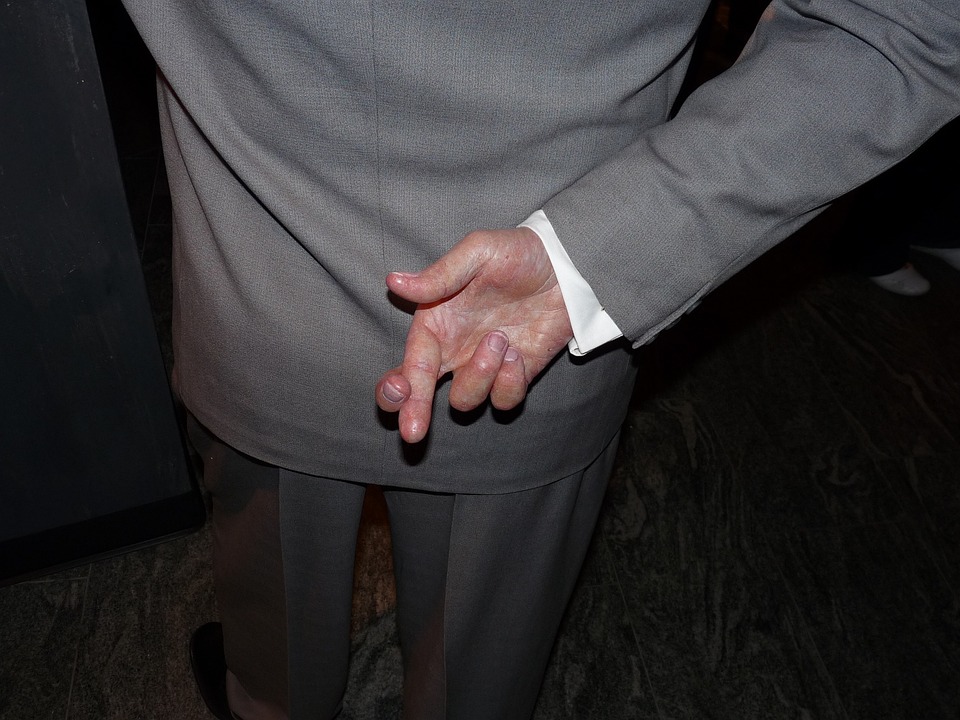 Sadje is our host for the Sunday Poser prompt. She has a doozy of a question today.

In your opinion, how far can a person go for a loved one? Or what can they tolerate? Another way to ask this question would be; Do people love another irrespective of how they are treated?

I think it depends on numerous factors. When we are young we might not be as aware of how we should be treated. When we are married, we try (often too hard) to make things work. We might allow the relationship to continue because of children, societal factors, or family pressures.

I don’t believe you can still have the same love for someone if they treat you badly. I don’t believe any man or woman should stay in a relationship where they are being physically or mentally abused. Society would step in if they saw an adult abusing a minor. Yet they often look the other way is the same thing happens between spouses.

I ended my marriage after almost two decades. I finally accepted that his not listening to the advice of numerous counselors meant he had no desire to change for the better. I felt I had done all I could. I felt like a failure, but I knew I could not continue with the dysfunctional marriage.

As far as loved ones that are family, it takes a great deal to sever the relationship. Bio-dad passed away never knowing me, my kids, or my grandkids. I have family members that have dissociated with me, or me them. All were the outcome of years of disrespect. With friends, even loved ones, walking away is a little easier.

The bottom line for me is to treat people like I want to be treated. If that is not possible, then a relationship probably isn’t either.

Sadje is our host for Sunday Poser.

What makes me feel strong these days is what annoys others in my circle. I feel strong now that I am setting my boundaries. If I am asked to do something that feels wrong for any reason, I do my best to say, “No, I can’t do that.” Some people are very unhappy with my new strength. Some are used to manipulating me, to get what they want. It’s not easy standing up for what is right for me. Typically, I try to offer an alternative to what they ask of me.

I no longer feel the need to please others to my detriment. I am stronger than I have ever been at any time of my life. I’m still working on it, but  good boundaries make me feel strong. 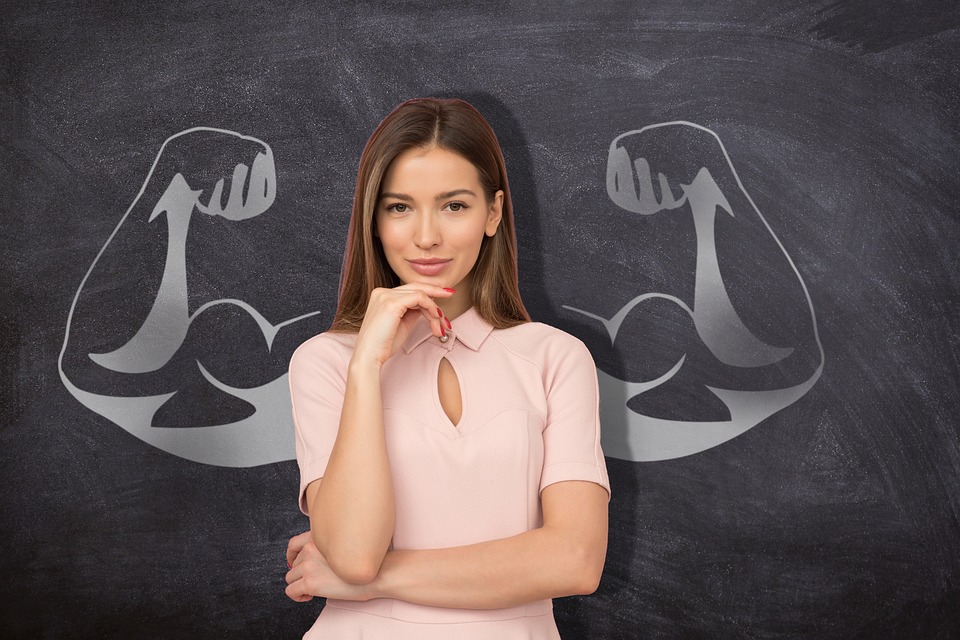 I’ve been anxious to write a particular story from my past. Anxious in a good way, as well as a not-so-great way. I listened to the advice from a dear friend. The universe presented me with numerous prompts that fit my story. Sadje’s, Sunday Poser  and Linda’s JusJoJan  were the signs I needed to go forward. Thanks Ritu for giving the prompt word, chocolate, today.

It all happened in the early 1970s, so I’m doing my best to remember the details. My older brother enlisted in the army. The Vietnam War was in full force. I had friends that had lost their lives fighting. I didn’t think we should be involved in the whole mishegoss. Even though I believed we had no business being there, I had compassion for those that went willingly or unwillingly.

For reasons unknown to me, my brother reached out by writing me a letter. My paternal grandmother urged me to respond despite the way he had always treated me. I won’t lie, my first reaction was to give him a dose  of his own medicine. I wanted to respond in a not-so-nice way. (I won’t explain further about this.)  I decided to act  like the bigger person. I was willing to start with a clean slate , now that he was in combat. I heard horror stories about what it was like being away from family and friends and fighting in a foreign country. I wondered if I  was in some way, a connection to his life at home.

We exchanged a few letters. I felt like he was a different person. Instead of treating me like the dumb girl  he was forced to share a family with, he seemed interested in my life for the first time. He even offered some sweet advice about someone I was dating. (He knew the guy from high school.)

I thought the universe must had spun in an opposite direction, because there could be no other explanation for the change in his personality. At some point, I asked if there was anything in particular,  I could send to him. He asked if I was still baking delicious cookies. He knew I had been baking cookies for the VFW that my mom belonged to. I jumped at the chance to do something to help. My standard was always Toll House Chocolate Chip Cookies. I’d make others if asked of course. I personally love peanut butter cookies so they were usually in the mix of what I made.

I asked my mom if she could afford to buy me ingredients to make cookies for my older brother. She told me to give her a list and she would do her best to cooperate. I spent weekend after weekend baking cookies. I’d turn up my music real loud and listen to the songs  that made me happy. (No stepdads in the house then.) I scoured cookbooks I checked out at the library to find new cookie recipes.  I didn’t think my brother was allergic to anything, so I was surprised when he asked me to not send anything with almonds in it. He later explained that it had something to do with the length of time it took the box to get there and the almonds. (I don’t remember exactly what the issue was, and I couldn’t find anything on Google.)

I typically mailed off twelve dozen cookies every weekend. It was a labor of love, on my part. I learned that air popped popcorn made a great insulator. I babysat to earn the money for shipping. I was baking and mailing things off at a very fast pace. Once I started dating my first husband, I slowed down the cookie project tremendously.

When my brother returned to the US, things were different. He was not as mean to me, but he was never kind either.  I am not insinuating  that he was just using me, but…. I was really hurt by what happened. I expected to finally have a decent older brother in my life. I expected too at least be able to be civil with each other. Neither of those ever occurred.

One of the many nails in the coffin of our relationship occurred later. I learned that the reason he wanted all those homemade cookies from me was because he was selling them. So yes, I have been hurt by my expectations. I expected common decency.

Sadie asks for her Sunday Poser “How much thought do you give to your appearance?”

When I am at home, comfy outfits are my go too. That means loose pants and oversized shirts. In fact, that’s what I wear outside the house too. Part of my medical condition makes anything constrictive very painful. I don’t spend a lot on clothing and name brands are of no importance to me. It’s all about comfort. The part of my appearance that is important to me, is to wear clean clothes. I often work in my garden and get down and dirty. That often means more than one shower a day and multiple clothing changes. There isn’t much thought in what I look like, because the vast majority of my clothing is comfortable, which is what matters to me.

I wear no make-up. I used to wear lipstick occasionally at work, but it never stayed on. LOL. I only use a facial soap when showering. I don’t use creams, moisturizers, or any such products. I am gifted with my mom’s oily skin. Acne still rears it ugly head when I’m stressed or if I eat too much chocolate.

Because of Covid, I have only gone to the hair dresser once this year and once last year when I could get a first appointment of the day with practically no one else in the place.  My safety is much more important than my appearance. My hair got very long. It was easy to take care of because I just had to brush it and put it in a scrunchy. I had my hair cut a week ago. I love the quick cut she gave me but it is too short to put in a scrunchy. It is always in my eyes now. It looks much better than before. I look more presentable. My hair grows fast so I will be able to pull it back soon enough.

The great thing about being retired is that there are no rules as to what I have to dress like. To me, that means the only important thing about my looks is that I am covered, clean, and never wearing plaids with stripes. Not much thought is required to meet my expectations.