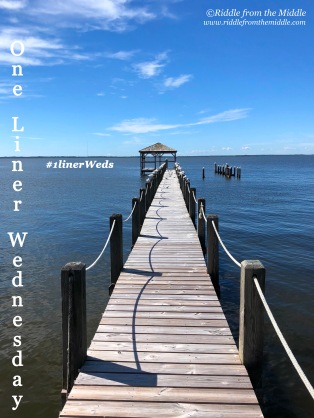 One Liner Wednesday is brought to us by Linda. Please visit her site to see all the amazing one liners shared by the blogging community. 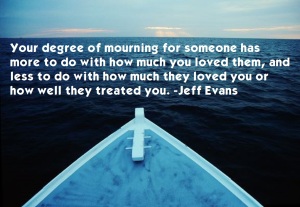 Today is still a hard day.

I saw this video this morning and rejoiced. I am not the only one. I am proud of my heritage, my family, my values.  I will not be frightened away by the worst of society. I will move forward.

Today is Halloween. Today children all over the US will go door to door asking for treats. I have fond memories of taking my daughters trick or treating. I loved to make their costumes when they were little. I am grateful that they liked the finished product. Halloween is a fun holiday where we  do silly things. I long for silly days instead of sad days.

Today as parents take their little ones door to door I hope they are grateful for the gifts of freedom that we have. We are free to celebrate. We are free to enjoy our neighborhoods. We must slowly move forward without forgetting the tragedies around the world but knowing that gratefully there is more good than evil. 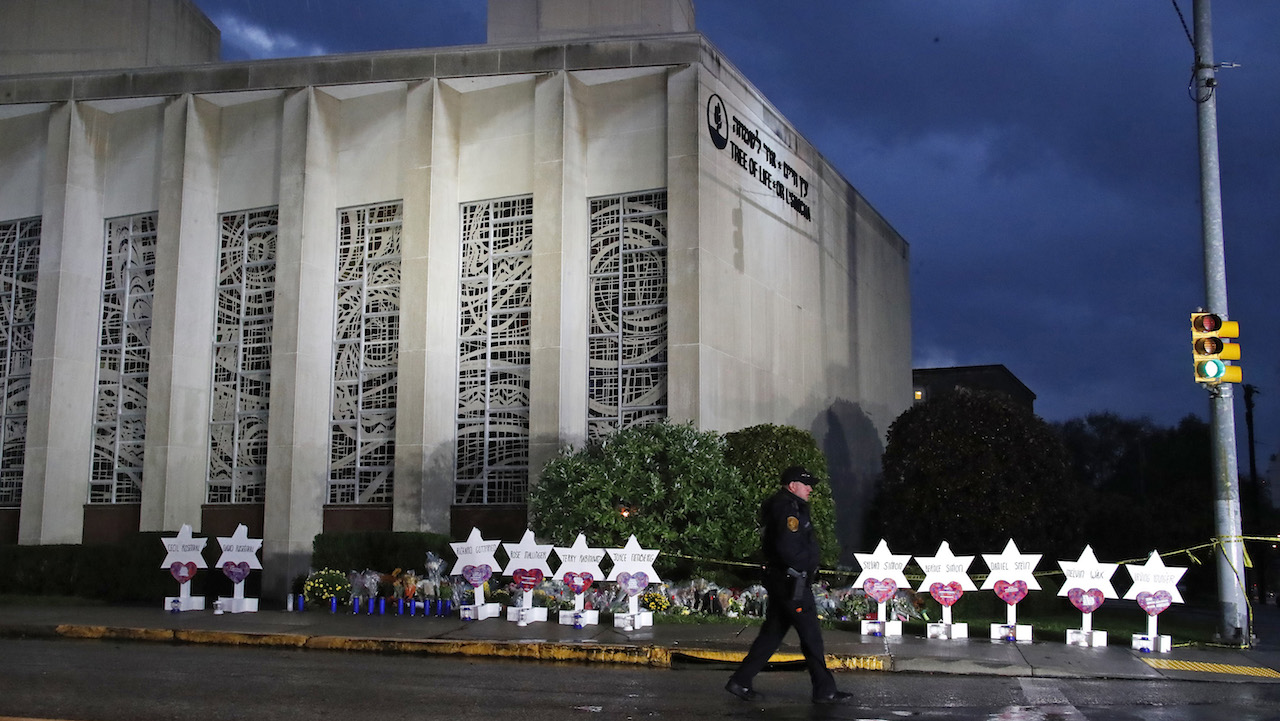 Today I am grateful that I am moving forward one step. One step that means I have not forgotten but also cannot remain in the space I was Saturday. Yesterday my spouse and I decided to go out for an early dinner. Neither of us felt like cooking so an early dinner means less cologne laden people, less crowds, and less waiting. As we are both wearing our kippot we wondered if people’s reactions would be noticeable. Sadly they were. The waiter was gruff and treated us differently than his other patrons. I purposely tried to be extra thankful to him but it fell on deaf ears. On the other hand the two other tables near us had smiles for us as they walked past our table upon leaving. We also noticed that after serving us the hostess attended to our needs instead of  our waiter. There were only four occupied tables in the entire restaurant. It was hard not to notice his absence. At least the hostess was kind and accommodating.

That being said I needed to discuss a few matters with my students today. I notified them that they did not need backpacks at school tomorrow as the entire half day was scheduled with fun Halloween activities. Cheers were heard by all. The second item had to do with personal cleanliness and the lack there of. I shall spare you the discussion, but it was one they needed to hear. The third topic was to answer the many questions by my students about my crocheted yarmulke. As I have never in my 35 years of teaching in public school worn a kippah to school. My spouse and I had discussed wearing ours and as stated earlier in solidarity and grief for the victims. We are wearing ours for the mourning period. I explained that if they were not aware, I am Jewish. I told them why I was wearing my kippah and what it meant to me. I was careful to just say Saturday’s tragedy in case they were not aware of what happened.  In this time of people not recognizing or caring about the pain others are going through, I took advantage of a teachable moment.

There are currently so many angry posts on Facebook. It is almost all negative and sad. I try to remember my circle of influence. I try to focus on the things I have control over. I am grateful I can respect and mourn for the people who lost their lives. I can show respect for them and all people regardless of  their religion, ethnicity, or beliefs. I am grateful I choose to be kind and I hope others use their gratitude for their freedom and make their choices known. I move forward with gratitude.