It looks like there are just a few more rickety steps to climb to make it out safely. They sounded the third horn already. I know that if I dawdle the water will rise and I will drown. I wish I was a better swimmer. I’m not ready to leave the earth this way. Keep going.

I was confident that I could leisurely make it back up the stairs. I waited for the second horn to begin my ascent. Little did I realize that after walking on the ocean floor for so long, I would be exhausted. I must keep going.  There’s just one more set of stairs. Keep going.

Why does it feel like they are expanding before my eyes? I’m out of breath. Keep going.

Roger is our host for this flash fiction challenge.

There’s nothing I like better than enjoying this beautiful view with my special love. I can hardly believe it’s been a month now. Luckily, we have no need to leave yet. We traveled around the world on our small ship. We took our time and visited loved ones we’d lost contact with. At every stop we picked up a wind chime to add to our collection. The melody they provide reminds of those we love.

I know this will be our last time visiting our special home away from home. As I watch the waves, I can taste the salt on my face. I wonder if it is from the ocean breeze or my own tears. The gulls crying out, mask the sounds of my weeping. I cherish every moment we have here. As long as I can hold his hand, listen to the chimes, and enjoy the view, I can avoid the reality that awaits. 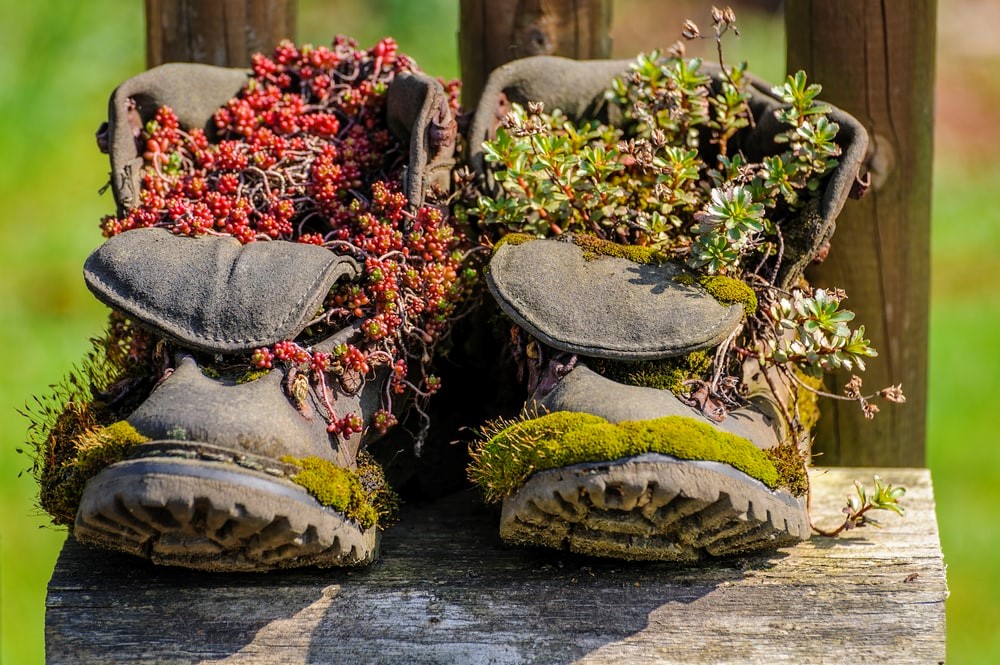 Photo by Alexander Schimmeck on Unsplash

Roger Shipp is the host for FFTPP. “Allow the prompt to take you anywhere you want to go! (Limit your stories under 300 words.) This challenge is open until 11:00 pm Thursday night, April 7th, 2022.”

Growing up without much money or space meant that everything had a place and a purpose. Being the only girl meant I didn’t have to wear many of my brothers’ hand me downs. Sweaters and sweatshirts were the exception.  Keeping warm was more important than fashion, any day of the week. We used the things we had until they were no longer useful.

I remember when my older brother went off to college. He earned a football scholarship. We were very ecstatic about his golden opportunity. No one in our family had ever been out of our town, much less gone to college. Once he left, we didn’t hear much from him. We guessed he was too busy studying. His visits home became more and more infrequent. We missed him terribly.

We didn’t have the money to go to his graduation. He came home with a diploma and pictures to share with us. He told us of a wonderful opportunity he was offered to intern at a firm several states away. My mom’s eyes teared when she heard the news. Then he dropped the best present on her lap. He told her he had turned down the offer because he wanted to work close to home. He explained that he could never forget his roots, nor his family. His success was our success.

As a permanent reminder of his connection to us, he gave my mom his worn pair of shoes. He had filled them with plants from our garden. He sat them on an old chair on the front porch. His visits came more frequently now that he could afford to come home. His continued connection to the family greeted us every day. Nothing went to waste in our house.

Roger Shipp is our host for the FFFTPP photo challenge. You can read about the guidelines to complete this prompt by looking here.

Photo by Tobias Reich on Unsplash

The young couple had to hastily flee their war-torn homeland. They were flabbergasted by how quickly their lives were upended. Their home was in shambles. The factory where they both worked had been destroyed when the enemies launched their missiles toward their small town.  There was no reason to stay where they were. Now that they were expecting a baby, they would do whatever possible to find safety.

A dear friend offered a potential way to escape before the borders were closed. She made a recommendation that they take her pedigree dogs to another country posing as the owners of the Best of Breed, Kennel Club World Champion.  They felt like the cover story was lame but had few other choices. They took very few necessities with them. Their bag held an eclectic assortment of items. They had a small bit of food for themselves and the dog, grooming tools, a change of clothes, and an aerosol spray can full of bear repellant. It could be used as a weapon without appearing like one.

After making it past the first checkpoint, papers in hand, they felt a twinge of relief. With their foreign language dictionary, they knew enough to request the tickets they needed as they traveled. The first leg of the route was by car. Then they hopped on a train. Eventually they made it to their last boarding point. They were almost at their destination. They climbed into the trolley which would take them to the top of the mountain.  They would be able to hide for whatever time they needed. They wanted their baby to be born in freedom.

Photo by Alexander Schimmeck on Unsplash

I need to decide who I shall be tonight.

I spend my days crafting more and more options. I make masks of my deepest emotions. Shall I be old or young? I could possibly be male or female. I have even crafted numerous opportunities to be kind or evil. The energy I put into my disguises allow me to transform each evening into whatever I have created.

I need to decide who I shall be tonight.