Di is our hostess for Three Things Challenge. Her three words for today are: COOKING, READING. and WALKING.

I began my morning yesterday by getting gas at Costco. It was over a dollar cheaper a gallon than any station by me. The line was super short which made me almost giddy with delight. (I’ve waited for over 20 minutes in line before.) I debated going inside Costco to get a few things, but there were no empty spaces near the doors. I changed plans and decided to head next door to get some items I needed to continue my outside chore.

I was walking around Lowe’s trying to find the costly Jasco Paint and Epoxy Remover I needed. It works on the excess Bondo I left on my patio tiles. Lesson learned: instantly remove any Bondo you don’t want to have mocking you forever. I finally found the product I was looking for along with the disposable gloves, putty knives, and stucco patch I needed. The cashier was very helpful when I asked about the difference in cost between Lowe’s and Home Depot on the same product. I remembered paying about half what Lowe’s was charging. Two different managers came to the cashier to look up the price at Home Depot. There was only a ten-cent difference. I thanked them for taking the time to look up the price. Later, when I got home, I realized that the can I bought earlier was half the size of the one Lowe’s carried. (Color me red)

I then went to the post office to mail cards to my daughter and all three grandkids. Monday is my daughter’s birthday. My first choice would have been to spend time cooking her favorite things. She loves my spinach artichoke dip, my matzoh ball soup, and of course my brownies. The drive out to her house is currently too painful for me. I decided to send a gift card instead. Luckily, last weekend I made brownies for everyone for Z2’s birthday. I sent home all the gluten free ones so my daughter could have some for Monday.

My next stop was to Trader Joe’s because it’s next door to the post office. All my errands were very close to each other. Being conscious of saving gas is very important nowadays. I’ve become very adept at reading ingredients on packages. My illnesses are triggered by artificial preservatives and artificial colors. I found two new products at TJ that I am eager to try. One is a mild salsa and the other is an artichoke sauce for pasta. Both looked yummy.

I was proud of myself for getting everything done early in the morning. Yesterday was the last cool day for the foreseeable future. I don’t know when I’ll be able to finish my tiles because I won’t work outside in the extreme heat.

Di is our hostess for Three Things Challenge. Today her words are: CARPET, WASHING, and LAUNDRY.

While bringing in the washing from the laundry room, half of it fell on the clean carpet.

Di is our hostess for Three Things Challenge. Her words for today are: MISPLACED, SENSE, and HYSTERICAL. 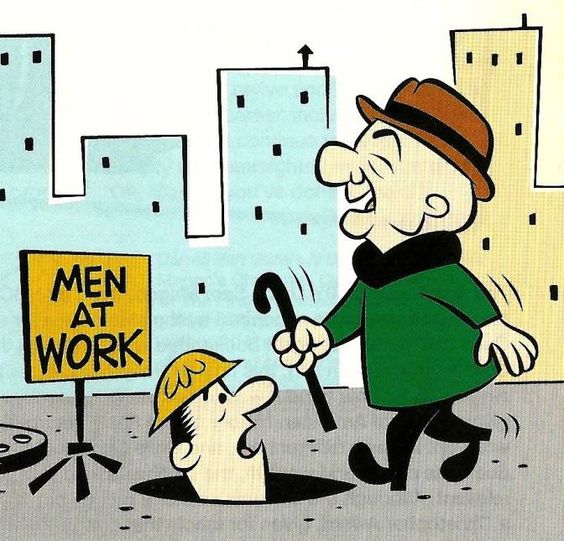 I misplaced my glasses and my sense of direction was so off, I got hysterical when I almost walked into a pot hole.

Di is our hostess for Three Things Challenge. Her three words for today are: FUN,
SNICKER, and CARTOON.

I snicker at the fun political cartoon that holds such sad truth.

Di is our hostess for Three Things Challenge. Her three words for today are: FROWN, PIMPLE, and INFLAMED.

The red pimple was so inflamed, she frowned in her special photo shoot.