Lightning strikes again
Nothing changes, stays the same
Still unexpected
Teach others how to treat us
Our responsibility

I responded to this prompt after the reminder from David at The Skeptic’s Kaddish,

An Atheist Goes to Heaven

An atheist goes to heaven. Baffled and full of questions he is being shown around by God.

As they pass by a gay couple kissing the atheist wonders

They come by a Buddhist Monk, silently meditating.

“Wait, so you even take in people who believe in other religions?

Surprised, but intrigued the atheist looks around – when one last question comes to his mind

“But where are all the Christians?”

“They’re behind that wall over there. They like to think they’re the only ones here.”

Disclaimer: No offense meant to anyone. This came in my email and I just had to laugh.

Di is our hostess for Three Things Challenge. Her three words for today are: COOKING, READING. and WALKING.

I began my morning yesterday by getting gas at Costco. It was over a dollar cheaper a gallon than any station by me. The line was super short which made me almost giddy with delight. (I’ve waited for over 20 minutes in line before.) I debated going inside Costco to get a few things, but there were no empty spaces near the doors. I changed plans and decided to head next door to get some items I needed to continue my outside chore.

I was walking around Lowe’s trying to find the costly Jasco Paint and Epoxy Remover I needed. It works on the excess Bondo I left on my patio tiles. Lesson learned: instantly remove any Bondo you don’t want to have mocking you forever. I finally found the product I was looking for along with the disposable gloves, putty knives, and stucco patch I needed. The cashier was very helpful when I asked about the difference in cost between Lowe’s and Home Depot on the same product. I remembered paying about half what Lowe’s was charging. Two different managers came to the cashier to look up the price at Home Depot. There was only a ten-cent difference. I thanked them for taking the time to look up the price. Later, when I got home, I realized that the can I bought earlier was half the size of the one Lowe’s carried. (Color me red)

I then went to the post office to mail cards to my daughter and all three grandkids. Monday is my daughter’s birthday. My first choice would have been to spend time cooking her favorite things. She loves my spinach artichoke dip, my matzoh ball soup, and of course my brownies. The drive out to her house is currently too painful for me. I decided to send a gift card instead. Luckily, last weekend I made brownies for everyone for Z2’s birthday. I sent home all the gluten free ones so my daughter could have some for Monday.

My next stop was to Trader Joe’s because it’s next door to the post office. All my errands were very close to each other. Being conscious of saving gas is very important nowadays. I’ve become very adept at reading ingredients on packages. My illnesses are triggered by artificial preservatives and artificial colors. I found two new products at TJ that I am eager to try. One is a mild salsa and the other is an artichoke sauce for pasta. Both looked yummy.

I was proud of myself for getting everything done early in the morning. Yesterday was the last cool day for the foreseeable future. I don’t know when I’ll be able to finish my tiles because I won’t work outside in the extreme heat.

I am back today with cooler temperatures and happily both my internet and electricity are working. I was finally able to catch some rays without fainting.  It’s a real bummer that the high 90s are on their way back soon. I was hoping that the beginning of fall would mean better weather.

I’ve been digging getting stuff done around the house. My latest project is cleaning out my scrapbooking room. I have more materials than many stores do. Jeepers creepers, I’ve spent a lot of dough on supplies.  I’m such a spaz though. This afternoon I managed to bang my foot on a door, breaking a toe. It’s the third broken toe in as many months. It’s a bummer that I can’t seem to tell when my feet are in danger. I feel I need curb feelers for my big feet. 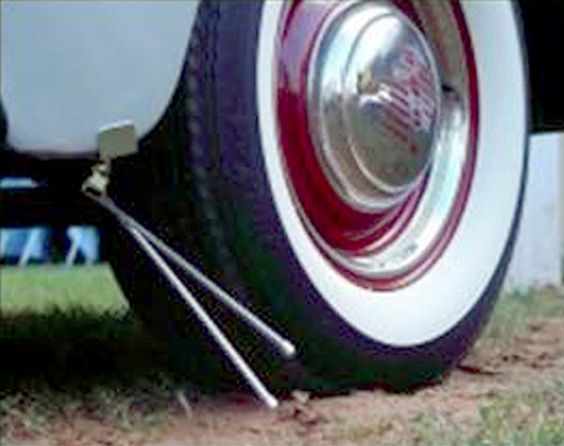 If you care to join in, it’s easy.

This week’s prompt is: Slang
I think this should be no sweat, but I’ll provide some questions to help you along. You can always free write if you’d rather.

Things that I liked were considered groovy, a gas, boss, bitchin’, and of course bad. You always had to be aware of the latest correct term, so you were not out-of-it. Things and people that were uncool were referred to as candyass or certified.

Back in my day your hair was either stick straight or you had an afro. I had straight hair most of the time. I did get a perm in red rollers once. I’ll have to look for a picture.

The styles of my teen years were off the chart different from my younger days. Most of my friends were decked out in the same threads: mini shirts, go-go boots, frayed jeans, tie-dyed shirts, and we went braless. We thought we were groovy, funky, and badass.

Something distasteful would be considered a bummer, a drag, or a downer.

Peers who were not part of my small tribe would have been considered square, dweebs, or flakes.

The most used and overused that I remember were radical, mellow, and heavy.

It’s very late so I’m off to try and sleep. I’ll catch you on the flip side.

Linda is our hostess for SoCS.  Saturday was a joyous day for me. My daughter and the 3 Zs came over to celebrate Z2‘s birthday. Her prompt fit right in with my day.

Your Friday prompt for Stream of Consciousness Saturday is “ring.” Use it as a noun or a verb. Bonus points if you use it as both. Have fun!

Z2 drove up to the house on Saturday. My daughter texted that they had arrived because they know my Ring doesn’t work. First the voice part quit working and it sounded like the person talking was under water. Then the doorbell part quit working. The Ring was a few hundred dollars  when I bought it five years ago. I don’t know the expected lifespan of the device, but it definitely is out of it’s warranty period.

This was the first time my daughter didn’t have to drive to my house. Her daughter, Z2 , happily took the wheel. We went out to lunch and then came back to my house for brownies and ice cream. I made dark chocolate brownies and  gluten free brownies.  I didn’t add walnuts because the birthday girl doesn’t like them.

It was a terrific day. Seeing the teenagers act like kids playing in my backyard, made my heart happy. I even talked them into posing for a picture. I wanted to copy one that I had taken years earlier.

I was in a great deal of pain all day, but the joy I felt spending time with my family made it worthwhile. When they left, I crashed and took some CBD.