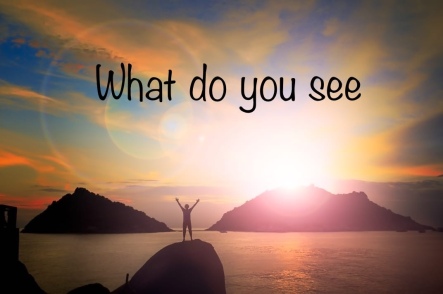 Sadje is our wonderful hostess of What Do You See? Today’s image is intriguing to me. That means I need to reply. LOL

Sandra had been working in her brick she-shed all day. It was the single place where she could escape the rest of the world. She wasn’t sorry that she had created her space away from everyone. Sandra loved her independence . No one else got the true gist of why she needed to have her retreat. She felt she didn’t need to give anyone a thorough explanation either. It was her business. Being alone meant that she could exercise her creativity. It meant others could not judge how she used her artistic talent.

Sandra had been accused of being petty when she refused to allow anyone else to enter her sacred space. She stood her ground though. Then it happened, her sister Barb arrived. Barb lied, telling some story to Sandra’s spouse pretending that it was urgent she come out to the she-shed.  Barb exclaimed that she had changed and that there would be no drama by her joining Sandra. Barb pushed past Sandra’s husband to not dither any longer.

Barb paused at the entrance, but as soon as they saw each other, a ruction ensued. Sandra knew it was no happenstance that Barb arrived just as she was finishing her latest piece. Barb claimed that she wouldn’t dream of vitiating the art piece. The jealousy between the sisters amplified when Barb saw the quality of the small marble bust Sandra had created.

The two women screamed and cussed at each other, each declaring they were the more talented. In an ornery fit of rage, Barb went over to the boiling tar on the Bunsen burner and poured it over the bust. Barb made a grave mistake. Sandra was vindictive when her art was verbally attacked, so this nervy move was unforgivable. The reprehensible act rankled Sandra to her core.

Sandra purposefully broke the single incandescent light, immediately making the brick shed as dark as night. Sandra was astonished at her own level of rage.  While Sandra justified her actions to herself, she shared what she had done with no one else.

A throng of detectives arrived a few days later.  A thorough investigation was completed. But the disappearance of Barb was never solved. There never was a conviction.

Sandra’s artwork was vapid for many years to come.