My add to Fandango’s One Word Challenge (FOWC), split. 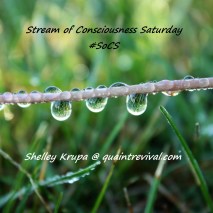 The Friday Reminder and Prompt for #SoCS June 6/2020
Fan

Oh, the memories of a long-ago struggle with a difficult life. When I was eleven/twelve years old, in the 6th grade, I had a very rough year.

I was playing softball as a catcher (before face masks) and the batter backed up too far on his swing and hit me square in the head with the bat. They called my mom and I was taken to a doctor’s office where they drained the goose egg on my forehead with what felt like a 10 inch needle.

I was goofing around on the top bunk in my brother’s room and fell off the bed tooth first. I broke my tooth exposing the nerve. Even air hitting my tooth caused excruciating pain. My mom called the school to see if they had a children’s dentist to recommend. I had never been to a dentist. The school offered two names, Dr. Moller, and Dr. Payne. Even at twelve I had no desire to see Dr. Payne. (That experience is another story.) Oral surgery is not fun without effective novacain.

I was running the bases one hot afternoon at school. I knew I wasn’t supposed to run in the heat because of my impaired lungs. I ended up passing out while rounding third base. I woke up to my teacher fanning me and yelling at the kids to “give me room.”

In April I was feeling very ill. I stayed home from school because I couldn’t even stand up. My older brother kept telling my mother I was faking it. I was home alone, sick as a dog. The third day I actually felt a little better but still couldn’t stand up. My mom had her friend pick me up to take me to the doctor. After a two-minute painful exam, the doctor opened the exam room door and hollered to his nurse to cancel all his patients. We rushed across the street for my emergency appendectomy.

My appendix had already ruptured, and I wasn’t given a high percentage for making it. A few days after the surgery sepsis set in and I was back in surgery again. I remained in isolation for over a month. I lost a great deal of weight and back then, I didn’t have it to lose. I had no appetite for any kind of food. After the IV was removed I was told I must eat something every hour to try and regain my strength.

The nurses were amazing. They came in, in what now I would now call hazmat suits, to ask me what I wanted to eat.  My typical answer was, “nothing.” The night nurses usually wouldn’t take that for an answer. I was asked again and again what dessert I was a fan of. I told them I liked chocolate ice cream. They would explain that that didn’t have enough calories in it.

One of the night nurses knew the person in charge of the cafeteria. She pulled some strings and every night before attempting to sleep I was given a banana split with three scoops of chocolate ice cream, whipped cream, and two cherries. I had not had this dessert before. I became a fan of banana splits very quickly. In the beginning I struggled to have three bites, but by the time I was released I ate almost all of each and every nighttime treat.